What we enjoy today as parades had their roots in the processions of ancient peoples thousands of years ago.

The processional form of celebration has been around for a long time. The oldest images of what seem to be processions have been found from as early as 5500 BCE in the rock shelters of Bhimbetka in central India, and others even older may very well surface in the future. Moving ahead to 3200 – 3000 BCE, a priceless artifact, the Warka or Uruk Vase from depicts a procession of animals and food dedicated to the goddess Inanna. 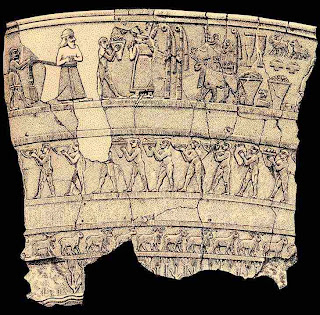 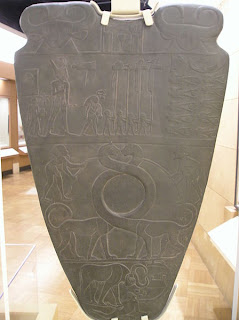 Narmer Palette showing procession in upper register
Another priceless artifact, the Standard of Ur, dating from around 2600-2400 BCE, depicts the Sumerian army in what appears to be a triumphal procession on one side and on the other, a procession of food and other goods to a banquet. 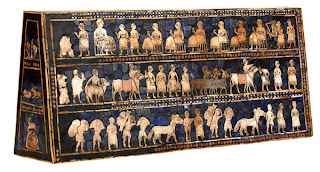 Standard of Ur - Banquet procession side (Courtesy http://www.britishmuseum.org/)
Later still, during the zenith of the Minoan civilization beginning around 1700 BCE, palaces were constructed with specific processional pathways, supposedly for rituals associated with their Mother Goddess. 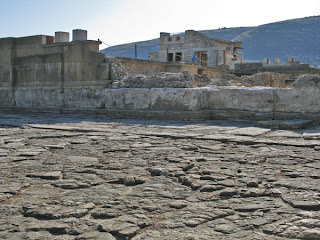 Processional Way in Knossos Palace of the Minoan Civilization in Crete﻿
It is reasonable to surmise that , the Minoans, and the Egyptians influenced each other during these periods because of similarities in artistic styles, and thus the processional form of celebration probably evolved from these contacts as well.

But why a procession? What is it about this form of celebration that has made it so popular through the ages? Well, first of all, without modern technology it would have been by far the most efficient way to convey a message to the largest number of people. A processional route, particularly if it was the streets of a city, could accommodate literally thousands of spectators, just as it does today. If a king wanted to celebrate a victory, what better way than a procession.

Second, a procession transformed its route into a sacred space. The physical boundaries and entrances and exits were the sides of the city streets themselves. During the procession, these areas were treated differently - and usually more reverently - than they were under normal circumstances. Again, there is no difference today.

Third, processions were, and continue to be, versatile forms of celebration. Their constantly changing nature could allow them to grow or diminish in size according to the need. They could also be used to begin or end an event, to highlight some component of an event, or in many cases in the ancient world, to be the main event itself.

I'll be looking more closely at some of these in future posts.


References:
Posted by Doug Matthews at 10:32 AM