Legacies of the Opet Festival

It is interesting to note that most of today's world knows very little about these spectacular ancient celebrations yet they continue to influence our lives. My goal in investigating the celebrations is to make people aware of the real legacies of them. Here are my thoughts about the Opet Festival.

The first legacy is related to the god Amun-Re and the beginnings of western religious thought. Egyptian religion remained remarkably uniform throughout its 3,000 years of history; however, in the latter part, some gods became more powerful by assimilating lesser gods. Between 1353 and 1336 BCE, during the period, a pharaoh named Akhenaten ruled, the so-called “heretic pharaoh.” In place of the hundreds of natural elements and forces that the Egyptians had always honored as their gods, he recognized only one: the supreme force of Light, the sun disc. This was nothing short of revolutionary thinking. It was, as some scholars have suggested, possibly the first example of monotheism in history. It put a lot of priests out of work and created a monstrous conflict between that class and the pharaoh. Consequently, once Akhenaten’s reign was over, later generations of priests and pharaohs attempted to expunge his reign by defacing all his monuments. However, out of the ensuing return to normalcy in Egyptian religion, some of the previous gods became stronger. Amun-Re appears to have been one result of this coalescing. In fact, a papyrus written during the reign of Ramesses II attests to Amun being “the image of every god” and “too great to investigate, too powerful to know.” It goes on, “All the gods are three: Amun, the sun, and Ptah….” As Allen (1997) states, “Although the text speaks of three gods, the three are merely aspects of a single god. Here Egyptian theology has reached a kind of monotheism,…one more akin to that of the Christian trinity.” By about then, Amun had indeed combined with the sun-god Re to become Amun-Re, a clear indication of the beginning of a unified concept. Furthermore, as Amun-Re became more powerful as a state god, religion approached a form of henotheism, the worship of a single god above others. Coincidentally, henotheism was practiced in nearby Syria-Palestine where the god Ba’al was eventually replaced as the chief god by Hashem or “the Lord” in shortly after this period, at the time of Abraham, around 1000 BCE. For western religion, this was the start of true monotheism. Thus, since the Opet Festival was the main annual event in and celebrated the creative power of Amun-Re, it is not unreasonable to assume that it was influential in the nascence of the great religious traditions of western thought.

The second legacy concerns the relationship of the god Amun-Re to the pharaoh. As we have seen earlier, in Egyptian religion the pharaoh was considered to be the earthly manifestation of Amun-Re. In this capacity, the pharaoh was a necessary intermediary between the gods and humanity. Thus, the festival was one of the first well-documented historical events that reinforced the concept of divine right of kings, so prevalent in many societies even up to the present.

The third legacy has to do with ritual. To say that the rituals of this festival were elaborate is an understatement. Not only were they elaborate, but if one believes the vast array of glyphic evidence, they were also invariant. This invariance is another general characteristic of ritual postulated by religious scholar Dr. Catherine Bell, whom we referenced in the Introduction. Furthermore, the strict prayers and incantations were augmented by performance in the form of music and dance, as in the but considerably more developed. Let’s look at these a little closer.

There was a plethora of instruments used in the Opet, including sistra (metal rattles usually made of bronze), lyres, flutes, castanets, tambourines, ivory clappers, barrel drums, and trumpets. Although others such as harps and bells were not depicted, they were probably used at the feasts during Opet, since they are extensively shown elsewhere in the same historical period. The inventors of these instruments are unknown, lost over time. Almost identical versions of most of them have been noted in Mesopotamian culture of the period, dating back simultaneously with to the third millennium BCE. The number and sophistication of the instruments, samples of which are in the in , would lead one to think that there must have been written music. Oddly, nothing has been discovered. Neither has anyone yet proven whether harmony was used in instrumental or vocal performance. We are reasonably certain that the musicians tuned their instruments using cyclical tuning (supposedly “invented” by the Greek mathematician Pythagoras when visiting seven centuries after Ramesses II!) according to a strict cycle of perfect fourths and perfect fifths. This tuning sounded more natural and consonant than the somewhat dissonant equal temperament tuning invented during the Renaissance that is the basis of current western music. Thus, there could easily have been simple harmony using these intervals, which are the most pleasing to the ear. There has been no shortage of speculation of its use because of the religious beliefs of the ancient Egyptians. The notion that “each note of music not only had a particular cosmic value, but a magic potency…. The orderly arrangement of the stars and the harmony of musical sounds and their natures was the very pivot of the religious conceptions of the ancient Egyptians.” This can be supported by the extensive employment of temple musicians and singers—usually female—who surely must have practiced and experimented with melodies and intervals that best suited the elaborate rituals.

One fascinating related invention—and legacy—thought to come from , is chironomy. Chironomy is the use of hand signals to direct vocal and instrumental music performance. Whereas in modern conducting the notes are already specified in a written score, in chironomy the hand signs indicate melodic curves and ornaments. Chironomy has more visual documentation in than anywhere else in the ancient world. Some of the festival scenes do, in fact, depict a leader directing clapping priests using chironomy.

Dance, the other performance genre most prevalent in iconography, was well advanced in form by the time of the . It is known from widespread depictions on tombs and temples that there were different types of dances, with both males and females participating. In the case of the Opet Festival, they appear to have been only female. For example, twelve nude female dancers are shown in acrobatic poses in one set of carvings. Moreover, they are shown performing in the same poses, an indication that they had probably been choreographed to some extent (see Figure 1 below). Beside them, to the right, a group of female musicians with sistra is no doubt keeping time for them. Farther to the right of the musicians is what appears to be a pile of burning offerings on an altar, with other people bringing more sacrifices. This is apparently a specific ritual being performed as the procession nears the , and thus the dances are likely a part of it. 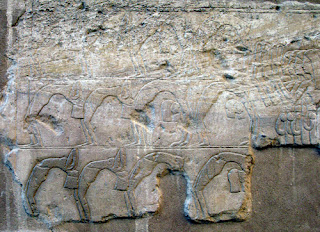 Figure 1: Scene of dancers, musicians, and sacrificial feast from the Colonnade Hall in
Taking the dance scene together with all the various music scenes, and considering the combination as an entire, if somewhat broken, performance designed to enhance the festival, we have a real legacy from this event. This combination could be interpreted as an early documentation of music and dance used to bring greater understanding of the festival’s arcane rituals to the general populace forced to await the appearance of their gods and pharaoh outside the temple enclosures.

If this is correct, it does a couple of things. First, it brings sensory stimuli (i.e., the rhythmic drivers of music and dance mentioned in an earlier post on October 20, 2010) into the festival to help in the sharing of communal ritual by the participants and spectators. Second, it adds meaning to the ritual enactment of concepts that the uneducated spectators would otherwise find obscure: the mythical wedding of gods and the rejuvenation of the pharaoh’s power. Indeed, the whole festival is a ritual drama, one that must be “elaborately staged so that senses are aroused and flooded with phenomenological proof of the symbolic reality which the ritual is portraying.” If the music has been successfully chosen and played, and if the dancers have properly interpreted the choreographer’s understanding of the ritual enhancement required, then the whole performance component has been successful.

For the final legacy of the Opet, we return to that magnificent example of sacred space, the Temple of Amun-Re in . Built in stages by numerous pharaohs over several centuries, it was purposely designed with processional events such as the Opet Festival in mind. As pointed out by Thomas Barrie, it contained “a marked origin, a path, and a sacred center (or destination) at the end of the path.” It dramatically expressed Egyptian beliefs and their creation myths. For example, once inside the main entrance—at the time of Ramesses II—one was thrust into a hall designed to evoke creation and the primordial mound from which life arose out of the chaos of prehistory. This so-called hypostyle hall was filled with immense columns resembling papyrus plants some 21 meters (69 feet) high supporting a roof with small clerestory windows near the ceiling to give minimal light (see Figure 2 below). 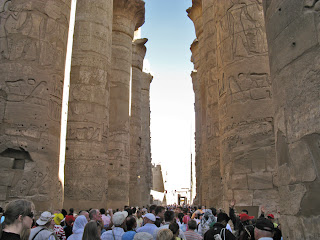 Figure 2: Present-day remains of the hypostyle hall of , with no roof
As one ventured farther into the temple on the processional path towards the east, the ground rose gradually and the ceiling lowered until the final destination was reached, the holiest of holies, the sanctuary of the god Amun-Re, where the sacred statue and processional barque were kept. Along the way were more pylons and obelisks that signaled the entrances to increasingly more sacred areas. The temple’s main entrance pylons (seen in the background in the painting accompanying the first post about the Opet) depicted scenes of the pharaoh smiting enemies, a sign that he controlled order (ma’at) in the country and was able to defeat chaos. As well, the inner walls of the temple were covered with carved offering and processional scenes, typically painted in vivid colors. The temple complex in was, and still is, the largest religious site in the world, at 247 acres. Similarly, the was a smaller version in the same basic design common to cult temples throughout . More detailed descriptions of the Karnak and temples may be found in the excellent books by Wilkinson and Lauffray.

Together, these temples and the rituals of the Opet Festival within and near them represented a fully developed ancient religion in its most exquisite form. They were clearly the antecedents to the Greek, Roman, and other sacred spaces and sacred spectacles that were soon to follow.

References:
Posted by Doug Matthews at 9:27 AM